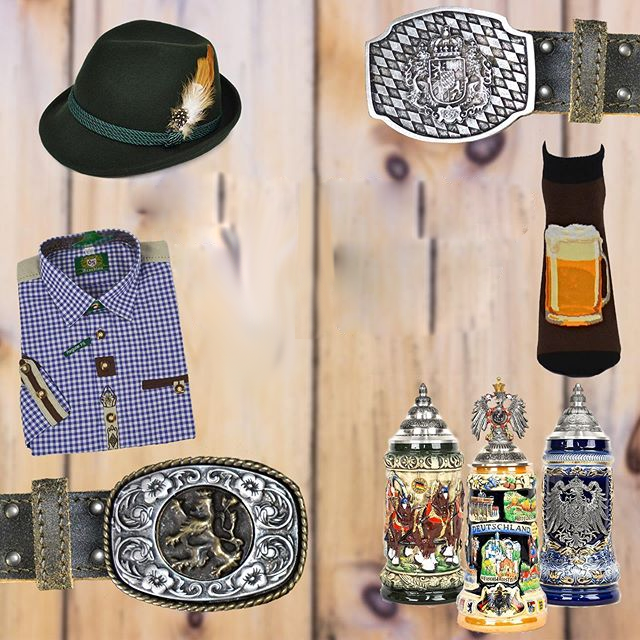 Lederhosen has a deep-rooted history in Germany. It is, basically, an outfit comprising a pair of leather pants and suspenders going over the shoulders. This form of the outfit has gone through several modifications with time but, even today, this Oktoberfest Clothing trend remains true to its very core.
Forged in the early 16 th century, particularly by Bavarians, with the help of goat and deerskin. It was deemed to be a clothing for peasants primarily as the pure leather could withstand harsh conditions. Later, Lederhosen gained popularity with the noble community starting to wear the same. The purpose of Lederhosen is comfort and flexibility for activities like hunting, sports, or even mundane activities.

Oktoberfest, as the name suggests, is a fest that began in the 18 th century with a royal wedding. On the fifth day after the wedding, a humongous fest was held. The toothsome German beer and the ambiance of the wedding went down in German history as one of the greatest successes, so much so that the locals decided to recreate the festival next year.
Slowly and steadily, Oktoberfest became popular among the masses. Today, millions of people visit Munich to take part and celebrate the culture. The festival is always held in September of every year since the 18 th century and ends on the first Sunday of October, running a total of 16 days.

Time changes and so does style and fashion. A similar thing happened to the German Lederhosen clothing when the noble community lost interest in sporting the outfit. The Lederhosen lost its popularity and came to be associated with peasants again. After witnessing a sharp decline in
popularity, the authorities decided to put some measures in action to save the long-standing tradition, and hence, they formed several clubs. However, that was not enough to attract the young generation which was leaning towards modern trends, therefore the authorities made the
Lederhosen the official dress code for the Oktoberfest. The Lederhosen became the traditional grab for all attendees of Oktoberfest and the rich heritage was thus preserved.

Accessories are just what you need to stand out from the crowd and attract every eye during an Oktoberfest. Here are some of the trending accessories of Lederhosen for Oktoberfest 2020.